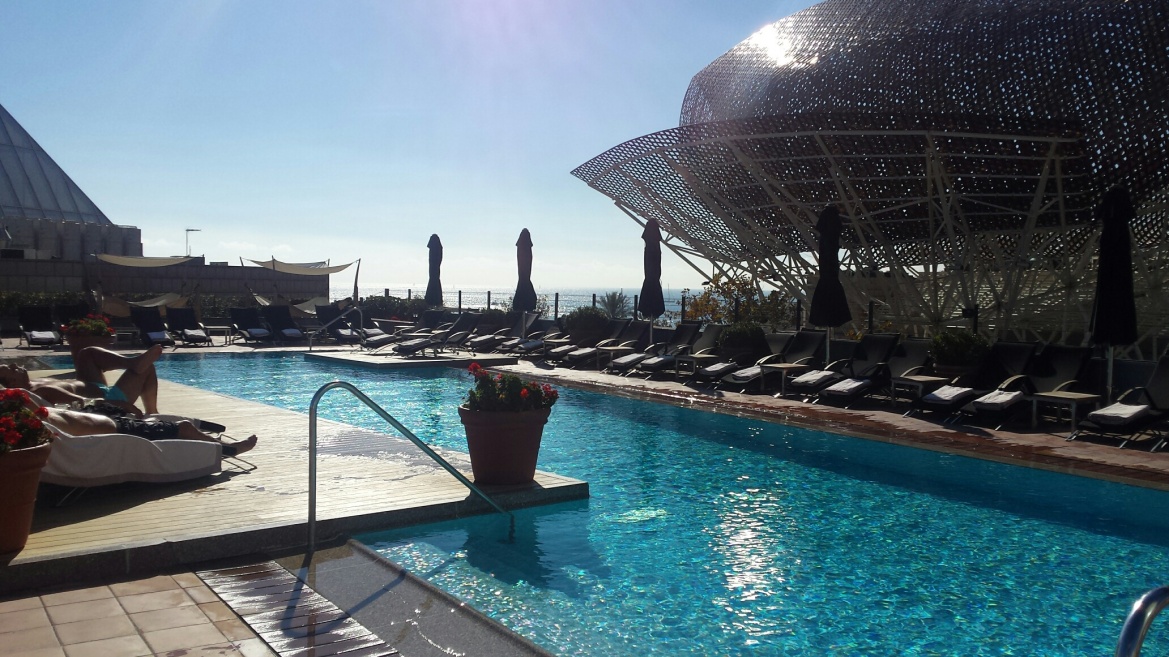 All Photos in this Post courtesy of NHYM Copyright 2015.

It had been almost twenty years since I was last in Barcelona (gasp! How old does that make me??) and all I remember is a blurry haze of alcohol-imbibed dancing in some shopping mall club whilst on a backpacking excursion throughout Europe fending off pickpockets, cockroaches and leches. Fast forward twenty years and a whole family in tow, traveling has a very different image: where can you go that is family-friendly and has some kind of culture where both kids and parents will be happy. Cue in Barcelona. It is architecturally one of the greatest cities where walking around is like visiting a museum but where you can stop to have ice-cream while admiring the great Gaudi masterpieces. So off we went to Barcelona this half term with two kids and checked into the Hotel Arts, one of the iconic hotel greats. 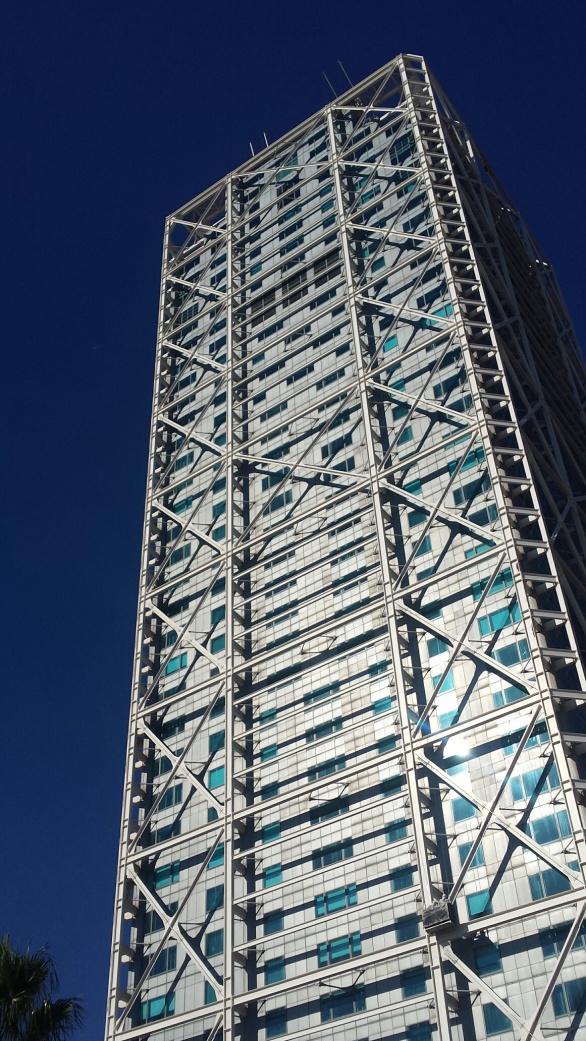 The Hotel Arts was built in 1994 and is an example of High Tech Architecture. It is 154 meters tall and has 483 rooms, so in all terms and purposes is a very big city hotel. Unlike some gigantic hotels, Fontainebleau in Miami comes to mind, it is tasteful and sophisticated. The Frank Gehry public sculpture shaped like a fish called Peix is situated right next to it and was built for the 1992 Olympic Games. It is one of the most famous pieces of public contemporary art.

One of the things I appreciate in 5 star luxury hotels are the incidental perks or freebees that make the experience so enjoyable. At the Hotel Arts, you are welcomed with a champagne glass at the lobby, a clever way to make people think that they are finally on holiday, or that it is time to finally relax. In the lobby, Laurent Perrier bubbly is at hand for the adults and red and green sweeties for the kids.

The service at the Hotel Arts is really top notch. The staff is nice, courteous, young and energetic. They have had the best hotel management training in Lausanne or Montreux. This is the kind of service that you get in Asia, which is considered the best in the world. It makes a difference, compared to that grumpy old man in France/Italy who fobs you off to your room as if he had something else better to do. There are family friendly staff that come up to the children regularly, trying to engage them to make them comfortable in new surroundings. 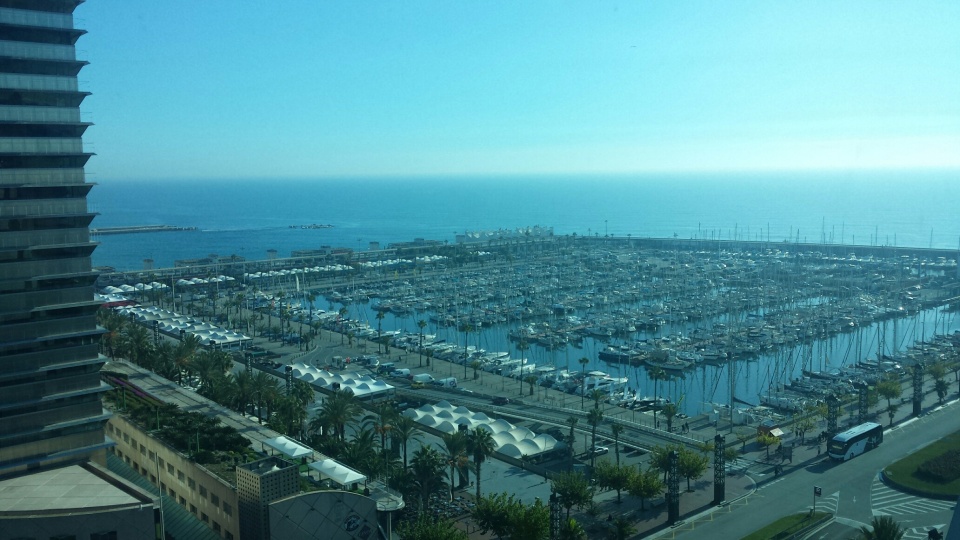 We had two interconnecting rooms on the 15th floor and they had a great view of the water and the next door harbour, pictured above. The rooms were really rather large when you consider most hotel rooms in big cities: think the Mercer/Tribeca New York that has tiny rooms which are at least double or triple the price of this room. The beds were as good as you can expect from any 5 star hotel and the bathrooms were very nice, although the sinks were showing some wear with rusting around the plug hole.

Overall, we were very pleased with our room.

Of course, these days, I am more interested in how child-friendly a place is rather than where the table-dancing goes on. The Hotel Arts won some big points for how child-friendly it was. I mean, who doesn’t like the unlimited, free ice-cream trolley by the pool side? The kids were in heaven. Although there wasn’t a kids club, there was a small child area at the breakfast restaurant where the kids played a whole morning (it is for very young children and it is tiny so don’t have high expectations, but my kids loved it). There is also a large pool, although it was unheated so they opted instead for the jacuzzi in the below gardens. They also had a Halloween treasure hunt, with spider lollies as prizes. What else could a child ask for?

This was a great hotel and a great base to visit Barcelona, with its seafront full of cool restaurants below it. Some people have gripes, including the food at the tapas restaurant but we didn’t have a chance to eat there, we were too busy trying out various other restos. The breakfast buffet was great, which to me is imperative for a stellar hotel. The other complaint is that it does show some signs of wear although it was renovated in 2006, but with its amazing service, it is easy to overlook that. Finally, they charge €25 for internet per day, but we were exempt with the deal we got. Speaking of deals, since we came end of October and got a deal, the rates were incredibly reasonable. Comparing that to a hotel I went to recently in Washington DC which charged $700 a night and the room looked like a 3 star motel room, this seemed like a bargain.

We loved this hotel and were even more surprised by how great it was with kids. Highly recommended and to put on your to do list when in Barcelona.