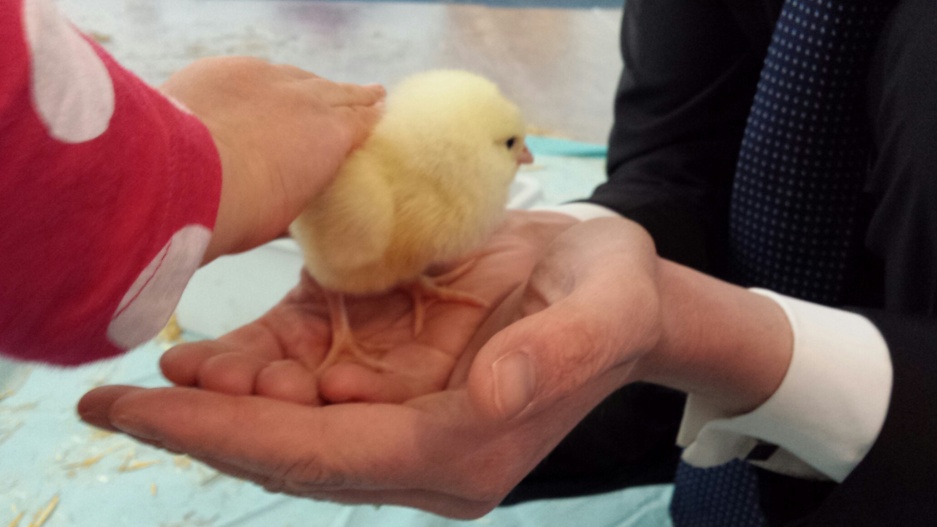 I was first introduced to the world of Notting Hill Yummy Mummies 10 years ago when I was still in the world of Little Miss Notting Hill (www.littlemissnottinghill.com), brunching at the old Electric, Sunday afternoons at the Westbourne, and late nights at Montgomery Place, blissfully unaware of the darker side of Notting Hill. I met ‘Francesca’ through an ex-P.E. boyfriend, who ended up being instrumental in my rise to being a Notting Hill Yummy Mummy. She taught me everything there is to know about motherhood: ‘1. Get Mr. Teoh on the phone as soon as you are pregnant and book your suite at the Portland Hotel & Spa (for those of you who don’t know, it really is a hospital, but their concierge/bellhop is very good, breakfast is 5 star, and request the Dutch Bowen therapist, she is lovely) 2. The day he/she is born, send the sperm-donor to the gates of ‘that’ school with the to-die-for school uniforms (Wetherby/Pembridge Hall), application in hand and stop by ‘the’ nursery on the same day (one of the ‘famous five’). 3. Discipline, Persistence, Perseverance and Consistency (I wasn’t sure if she meant that for me or for my children, but it worked for both). That’s all you need to know about parenting,’ she assured me. I followed all of her advice and here I am today, a Notting Hill Yummy Mummy.

Only after the fact did I realise how much time and money Francesca saved me. I avoided hours of research, headaches wondering which nursery to send M to, visiting all the below nurseries, or paying a ‘school consultant’ hundreds of pounds to research the nurseries before doing all of it again myself . I once almost veered off track and asked about a Bilingual nursery, but my Alpha mum friend told me ‘Don’t do it. Your child will be put in the Z class at Pembridge/Wetherby and that’s the end of it. You can forget about Oxbridge.’ ‘What’s the Z class?’ I asked wide-eyed, innocent and ignorant. ‘It’s for the slow kids that the teachers ignore.’ After that, I thought it best to take Francesca’s advice, and do what I was told.
The first day of nursery, nervous, scouring for new friends, wearing a new outfit, and some crying involved, I felt 7 again on the first day of school, while my child was happily playing with the toy kitchen. (Thankfully, I wasn’t aware that some parents were googling each other, otherwise I would have really lost it) but all has turned out just fine. Here’s my piece of advice for new mums choosing a nursery: stop giving yourselves headaches, women! They are all great nurseries! Which is why everyone bribes and steals to get in, but each has its own personality, which is what I will focus on below. Once in, you just need to stay away from the competitive Alpha and Tiger mums, be polite to the billionaires (you never know when you’ll be needing their private jet) and somewhere in there, in every nursery, you will find clever, interesting, genuine parents that you may become friends with. Just make sure you send in an application as soon as your child is born. That is imperative. If not, send them cards and photos of your child each month, cookies may help, or pretend that you’ve just moved to London, cry a little, and they will take pity on you (There are always spaces once offers are declined. This strategy works well at Acorn).
So here I am paying it back by spreading Francesca’s wisdom and giving you the ‘real’ low-down on the ‘Famous Five’ Notting Hill Nurseries. For Free.

‘A is for… A-List ACORN NURSERY’
Best for: Rock ‘n’ Roll Royalty and the Kool Kids
McCartney and Jagger are common last names at this nursery. A-List Hollywood actors send their kids here when they are filming their latest flick in London. Film directors, news presenters and politicians all send their kids here. You have to be ready to mingle with the fash-pack, as you will have to compete with shoe designers, who probably design their children’s own shoes, and a famous fashion designer with rock royalty genes whose latest very cute, kids see-through waterproof raincoat will put your child’s Gap raincoat to shame. But not all fashion designers are welcome. One famous A-list fashion designer (one half of an A-list ‘Golden’ couple) was rumoured not to have gotten a place because when she visited she wore big, oversized sunglasses and never smiled (I wouldn’t smile either if I only are one green apple a day). Madonna apparently was rejected and Richard Curtis may have based the Christmas Play in his film ‘Love Actually’ on this nursery’s Christmas play. There are ‘Daddy mornings’ which involve daddies coming for a coffee morning to encourage daddy and child bonding (which really just highlights the fact that these daddies need their assistants to schedule me-and-child-time in their busy work schedules). A whole article in the Telegraph was written about this nursery in 2004 which will give you a flavour of this nursery, but also of all the nurseries in the area: http://www.telegraph.co.uk/news/uknews/1459538/The-only-education-you-need-is-Acorn-and-Oxford.html.
Ofsted rating: Good (2011). http://www.ofsted.gov.uk/inspection-reports/find-inspection-report/provider/CARE/105673

‘M is for… Mini Royals at the MINORS NURSERY’
Best for: English Royalty and Wannabe English Royalty
This nursery was made famous by Lady Di dropping off her precious princes William and Harry at Minors Nursery in the eighties. The nursery is rather on the small side with little outdoor space and the toys are so pristine and clean, they look like they’ve never been used. The parents say that this nursery is ‘all about the children’ so there is less parent-competition around once you are in (the competition remains behind closed doors during the application process here). There is a new headmistress who started a few years ago, whom some parents feel is rather cold and on the snobby side, especially when she explains that Minors stands out for ‘not being a nursery in a dirty church hall’ (what’s wrong with a dirty church hall? They probably had more fun there and that’s probably where most of these mums went to nursery). One parent given the tour of the nursery felt that the children seemed a bit snotty (not the cold-virus-nose-snotty kind but the spoiled-brat kind) and the girls were all in expensive princess dresses (not the Disney kind, more the Melissa Wyndham kind), which scared them off.
Ofsted report: Outstanding (2011). http://www.ofsted.gov.uk/inspection-reports/find-inspection-report/provider/CARE/EY295790

‘S is for… Sexy Dads and Stepford wives at STRAWBERRY FIELDS’
Best for: The PTA mum and hot-daddy-watching/drooling
Strawberry fields earned its reputation some years ago as having the best-looking-dad-of-all-nursery-dads. ‘He just walked by…’ one mum would say, without even mentioning his name, and all the other mums will sigh in unison. This was one good enough reason to send your kids here, but I will try to remain unbiased and will fill another whole post on the virtues on this very famous ex-football player as the ‘World’s Best Dad’ another time (who by the way does the drop off and pick up more than any other dad, takes his daughter to Granger for lunch after nursery, and then drops her off to playdates and BabyBop). As one woman manning a booth at the Christmas fair was overheard saying ‘Every woman should have an accessory like that.’ But it’s the mummies to be afraid of at this nursery. There are some who send their nannies to stand in line for them at the Christmas play and then use their twiglet, sharpened elbows to bulldozer through the line 10 minutes before the start to ensure front row seats. Then there are the panic-attack-inducing mums who organise the Christmas fair (the Christmas Fair deserves another blog to itself). Apart from those details, the nursery itself is wonderful, the staff is strict but loving, the children are adorable, the nursery feels spacious and welcoming, having the use of the large adjacent church hall for physical education, christmas plays, easter hat parades and farm animal visits. Having said all that, the parents are extremely involved, if that is your thing, and there are parents’ nights out at the Lonsdale, lunches at Osteria, and Pub Quizzes all organised by the Class and School Representatives and there are some lovely international parents to have coffee with at Kitchen & Pantry before or after pick up and drop off.
Ofsted: Outstanding (2013). http://www.ofsted.gov.uk/inspection-reports/find-inspection-report/provider/CARE/EY456623

‘R is for… Respite or Rejects? at ROLFE’S’
Best for: Those who are just afraid of all of the above. This nursery is part of the Alpha Plus Group, which has Pembridge Hall, Wetherby and Minors in its roster, so comes from a very good pedigree. Rolfe’s is the opposite of the Minors, with children running around in the big open area on the ground floor, playing with sand, and getting their hands dirty in the outdoor space. It all seemed like good fun. It is still very good, the parents love it and the new nursery premise is brand new, but for some the space has lost its charm and coziness of the Ken Park Road space, where it used to be. Some of the mums choose Rolfe’s in hope that they are shielding their children from the Alpha mums and Bling from the other nurseries, but they can’t escape. There are still chauffeur-driven children being dropped off, mums who give Harrod’s presents to the teachers at Christmas and mums asking other mums ‘So, are you teaching your child Mandarin yet?’
Ofsted: Good (2013). http://www.ofsted.gov.uk/inspection-reports/find-inspection-report/provider/CARE/EY448774

‘L is for… La La Land at LADBROKE SQUARE MONTESSORI’
Best for: The Anti-Bling Notting Hill Hippy Chick
For the remaining Hippy Chicks who live in Notting Hill and decidedly want to stay away from the Hedge Fund/Banker/Bling crowd (although don’t be duped, there are still children living in £13 million mansions backing onto communal gardens), most opt for Ladbroke Square Montessori. There is less competition, so it is easier to get in and is described as a ‘warm and happy place.’ It is not known for its hard discipline, but more for its carefree approach, unlike some of the other nurseries above mentioned. When touring the nursery, one parent asked: ‘How do you discipline a child if one child hits another child?’ ‘We ask the child to apologise to the other child.’ ‘What if they don’t want to apologise?’ ‘We encourage them to say sorry but if they don’t want to say sorry, we don’t make them.’ So, if you’re OK with that, I am sure your child will love this nursery.
Ofsted: Outstanding (2011). http://www.ofsted.gov.uk/inspection-reports/find-inspection-report/provider/CARE/105707

p.s. Check out my mention in this Saturday Times Magazine 30/8/14 in the articles on London Nurseries & Schools!!! xx