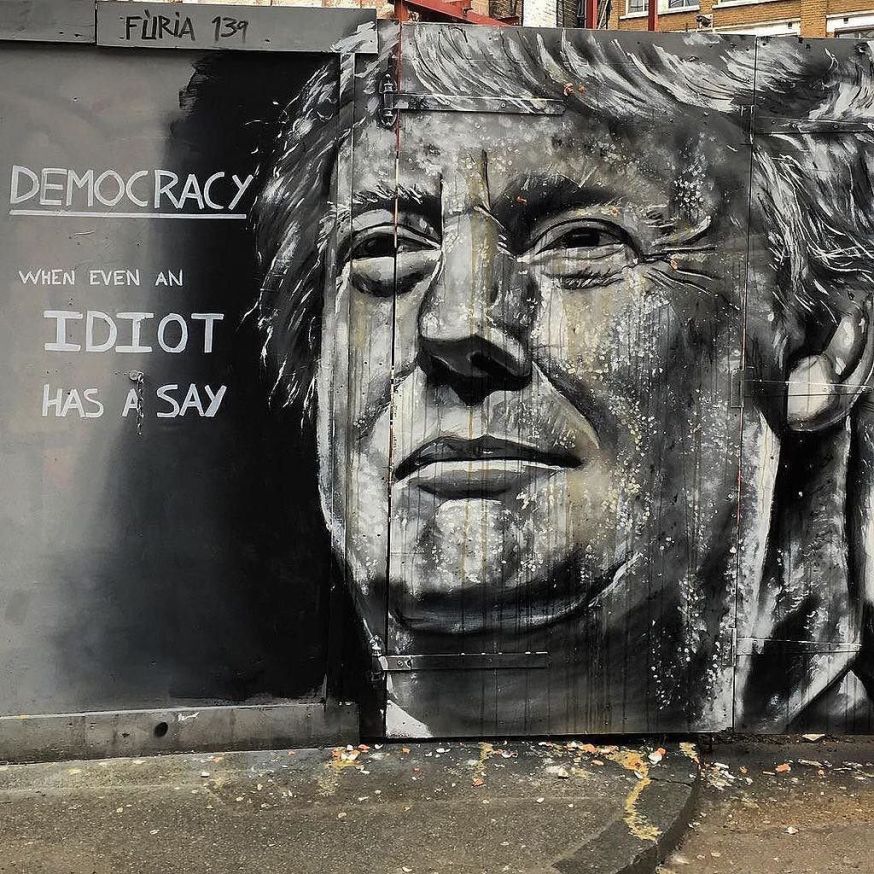 Image courtesy of the internet. NHYM 2016.

Yesterday was a sad day not only for America but for history as well. For the second time this year, we have seen the limits of Democracy: first with the Brexit vote and now with Americans electing Trump as the 45th President of the United States. Democracy is showing its cracks and how it can- in certain circumstances- be harmful.

America has voted for a Reality TV star that knows nothing about politics, or policy. But more than that, the white, uneducated male American has spoken: he has endorsed a racist, misogynist, sexual-harasser to be the leader of arguably the most powerful nation in the world. America is showing that it is a place where it is OK to grope women, to call Mexicans ‘rapists,’ to call women ‘pigs,’ to ‘ban muslims from the USA,’ and where his Vice President was allowed to pioneer laws ‘allowing businesses to refuse service to gays on religious grounds.’

I understand that people want change, but America is not going to be great again with this rhetoric. What America has effectively done is to go backwards in time: before 1920 when women were allowed to vote, before the civil rights movement and Martin Luther King, and before legalised abortion. Instead of tolerance and cohesion, his supporters voted for isolationism, anti-immigration and division.

Trump’s acceptance speech – to his credit – was tempered and for once, rational, with plans to unite a country, even though throughout his campaign he was consistently divisive. Perhaps his shocking statements during the campaign were just a way to get elected, but at what expense? Encouraging a nation to close its doors to others? To open its arms to rudeness, arrogance and bigotry? What he represents undoes everything America has done in recent history, including electing the first African American President.

With the tenacity of a rabid dog, Trump has done the impossible-possible: he has turned America into a Reality TV show where being a TV personality is enough to get you elected.

I still don’t know what that means for the US, and neither do the people who have voted for him. I hope that his on-screen presence is just that; an onscreen presence. But we have to be hopeful that the consequences are nearly not as bad as we imagine them to be. Otherwise, soon enough, as an educated, female, minority, I may be banned from going to the US.