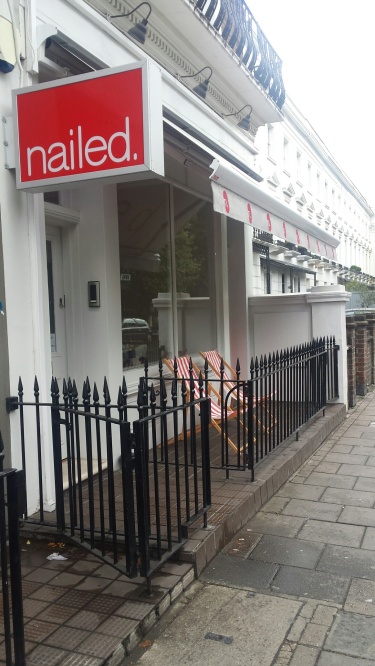 A few girlfriends of mine mentioned a new nail bar in Notting Hill over the last few months, so when I received an invitation to try out the new Nailed on Chepstow Road, it wasn’t hard to convince me to go. Nailed opened in April by Richard Naylor, ex-management consultant, who has a background in business with an MBA and having worked in the city. 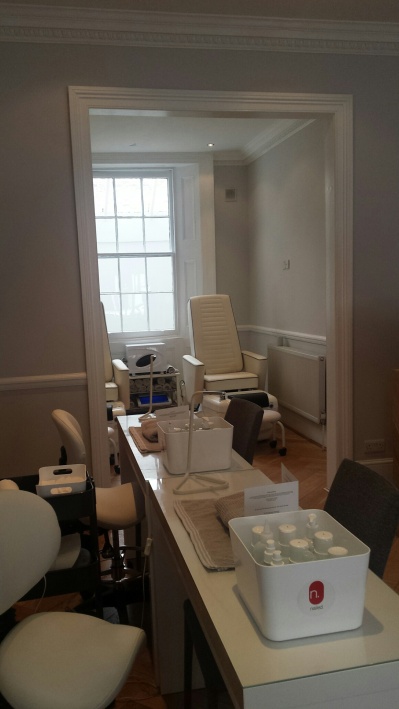 When I came in on a rainy Tuesday afternoon for a mani-pedi, I was warmly welcomed by Richard who set the girls on me right away. There are two pedicure reclining chairs at the back and four manicure tables in the front. He is also planning on starting waxing and eyebrow treatments downstairs in a few months. There are all the ESSIE and Shellac Colours you can ask for, and he mentions specialised, bespoke nail extensions that sound rather impressive.

Adrienne (or was it Arianne?) my manicurist was lovely, as was my pedicurist. The salon is bright, clean and warm. The herringbone wood flooring is great, and there are flowers adding some life to the place. There are a lot of nail salons that can end up looking a bit sad or grubby, but this isn’t one of them. It is clean and modern. Richard explains that he wants to provide a clean, professional approach with loads of great customer service. That day, I must admit that the customer service was 5/5. I had three people fawning over me, which is always a nice feeling.

He tells me that the salon is doing very well, he even had Kate Hudson come in over the summer with a friend. His hopes are that he can open a second salon next year in St. John’s Wood. He has a whole business plan worked out in his head, and it seems to be working so far. 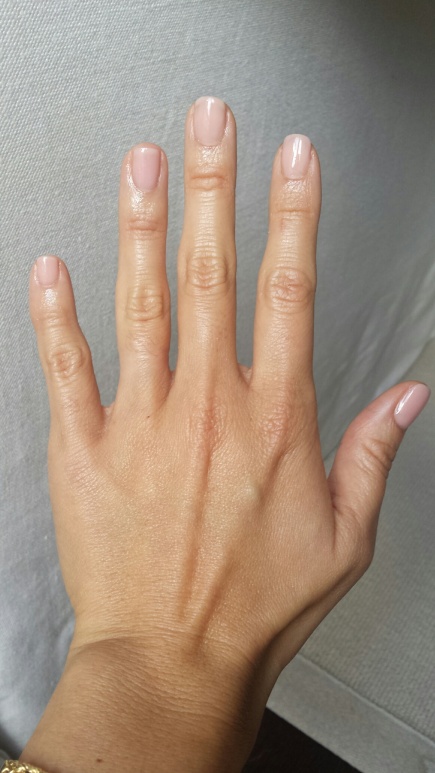 Time flies as Richard gives me the history of his lifelong dream to open a nail salon, which all started during a year abroad at McGill University. My mani – pedi is done and I didn’t even get a chance to see what the girls were doing. But the results are good. I really like my manicure, which is subtle. My toes are not in the best of shape after the summer, so they are not photo-worthy at the moment.

Richard is a lovely, friendly guy who could talk to you for days about his adventures, girlfriends, and godchildren. He makes the place what it is. The salon is open until 9pm on some nights to cater to the professionals, and he is there each and every night. But he loves it he says. It doesn’t even feel like work, it’s a party every day.