The Sex and the City episode entitled: ‘The Private Garden Issue’

Private Gardens in Notting Hill first attained worldwide fame in the 1999 film ‘Notting Hill,’ which firmly put Notting Hill and its communal gardens on the celebrity map. 15 years later, I still see people lined up to photograph the Blue door and the Travel Bookshop and try to find the eponymous private garden used for the Hugh Grant and Julia Roberts nightly tryst. But my love of private gardens actually started in New York, also in 1999, when I was famously dumped by my boyfriend because of the ‘Private Garden Issue’, which really could be an episode of ‘Sex and the City.’ Picture this:

Carrie Bradshaw is falling hard for an achingly handsome, brilliantly intelligent and creative Film school graduate and aspiring Film Director. He is thoughtful and romantic, sends Broadway musical tickets by post as a surprise, takes her away to Cape Cod for the weekend to his PhD father’s house, and draws her portrait as they sun themselves in Central Park. He even leaves her John Donne love poems on her pillow when he wakes up and leaves quietly for a film shoot (Ok, totally cheesy, but at the time felt very romantic). It is all going swimmingly well until one day, they pass Gramercy Park downtown, the last remaining private garden in New York, which was having an exceptional open day and party. They enter, Carrie wide eyed and beaming turns to her boyfriend and says: ‘Wouldn’t you love to have a key to this garden? I would just love to have one of the golden keys, it really is the key to New York, you know.’ And as she turns to face him, flashing a Carrie-style smile, he turns to her startled and says; ‘Private gardens are for elitist, materialist, and superficial people.’ Her smile fades and the camera zooms out. Fast forward to the end of their relationship three weeks later, in a West Village Italian, when he tells her over her perfect plate of Spaghetti; ‘This isn’t going to work. I will never be able to give you a golden key, and I will never be able to marry someone with values like that.’ And with that, the perfect relationship ended over a plate of perfect pasta. 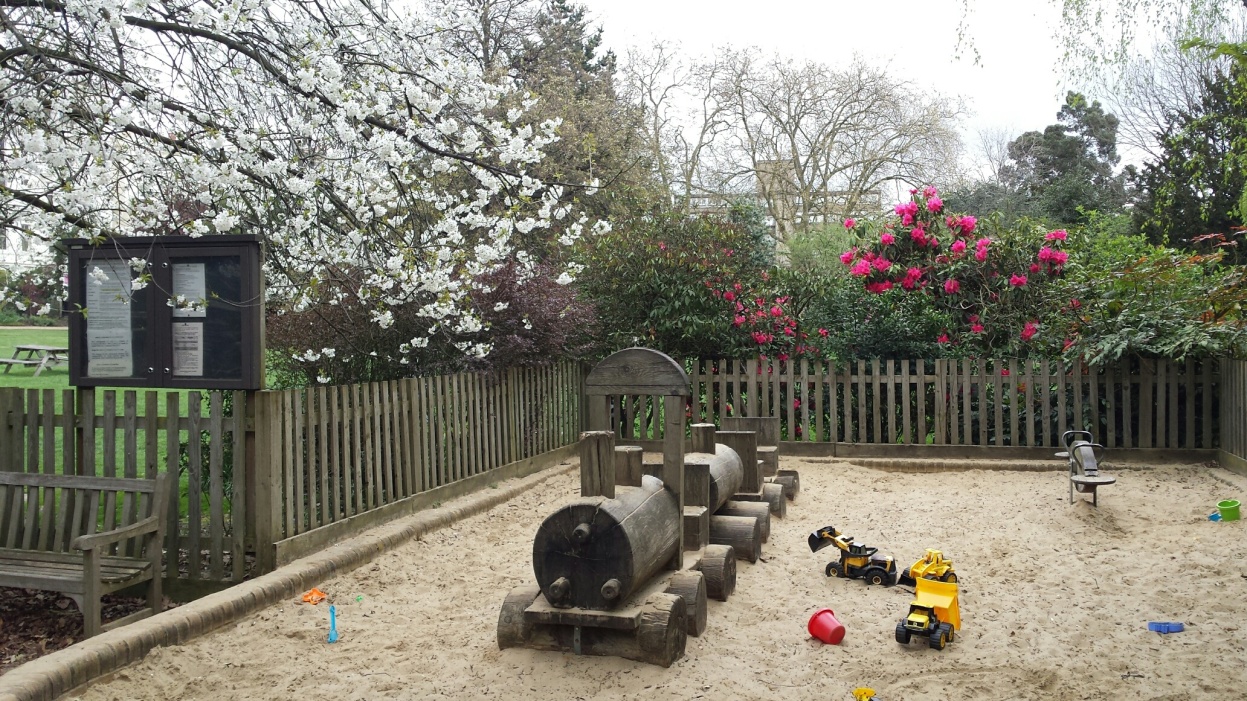 Give me that key!!

Fast forward 15 years, meeting Mr. Right, getting married, procreating two precious little ones, I finally have a key to a Notting Hill Private Garden, which next to Gramercy Park’s garden, is the closest thing to my 20 year old dream. Getting a key to a private garden can be quite a difficult feat. One American couple in South Kensington spent hundreds of thousands of pounds in court over their right to access to Ovington Square in Chelsea http://www.dailymail.co.uk/news/article-1293386/Hedgefund-boss-squanders-170-000-failed-bid-win-exclusive-access-garden-square.html . To many Notting Hill mums and dads, having a house backing onto a communal garden is their aspirational dream.

There is also a hierarchy of garden desirability depending on various factors: the amount of sun vs. the amount of shade (as the gardens go down from the top of the hill, the less sunshine there is and more shade), does it have a tennis court? Does it have a playground? Are most of the houses on the square full houses or only flats? The more desirable the garden, the harder it is to get a key. My garden is rather flexible with whom it lets in from the neighbourhood, as long as you pay your dues and don’t bring your friends in. Other gardens measure out the exact distance from the garden wrought-iron door to your front door. Ladbroke Square Gardens, considered one of the finest and most beautiful private gardens in London, only allows those residents with houses that back onto the garden and with direct access to the garden. Properties on the two side roads opposite the gardens do not have access (as per the Bye-Laws on their website), so for them, it is like looking onto the garden of Eden, knowing they will never get entry. And even if you have access to the garden, it doesn’t grant you access to the tennis courts. For this, one must be placed on a waiting list and hope that someone moves away or dare I say it, give their last breath away. 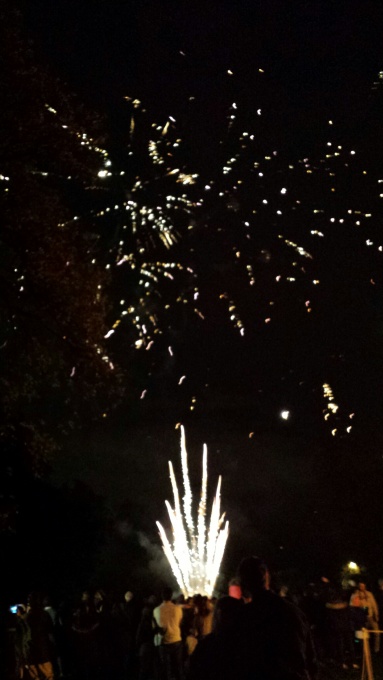 One urban myth floating around of how determined people are to get access will be demonstrated by this story that I have adapted to another ‘Sex and The City’ episode ‘The Missing Key’: Charlotte York has just moved to London with her successful Jewish husband, Harry GoldenBlatt, and into one of the biggest mansions on Creek Place, one of the most expensive streets of Notting Hill, which despite its 5,000 sq ft size lacks a proper garden. Creek Place is renowned for some for the most beautiful and grandiose houses around the neighbourhood. Around the corner is Wiltshire Square Gardens, a great and famous garden, home to more than one celebrity and hedge fund ‘genius’.  Charlotte is determined to get a key to the square, (she after all always get what she wants) although residents of Creek Place are not entitled to a key. She befriends some neighbours who are key holders and hears that the President of the Gardens Association of Wiltshire Square Gardens, let’s call her Bunny, has always wanted to visit a house on Creek Place, so beautiful are the houses. She therefore invites Bunny for tea by sending a cream coloured, embossed card with her address on top: 64 Creek Place. Charlotte pulls out all the stops and they have a lovely afternoon of tea and scones, discussing the virtues of living in Notting Hill. As they are saying their goodbyes and air kissing, Bunny, the President of Wiltshire Garden Square Association, turns to Charlotte and says, ‘Thank you for the lovely afternoon, but you’re still not getting a key to Wiltshire Square Garden.’

For many residents in Notting Hill, backing onto a communal garden is the creme de la creme of Notting Hill real estate, paying over 30% premiums for the privilege of being able to open your doors onto the lush greenery of an English garden (Now, would you pay over £1,000,000 for this privilege?). These gardens are idyllic green spaces of paradise in what is the concrete jungle of London, where doors are open and children run from one house to another for playdates, fuelling our dreams of owning part of this green dream. There are wonderful parties thrown such as Guy Fawkes night with bonfires, Guy Competitions and fireworks at Ladbroke Square Gardens, Summer Fetes with Bouncy Castles and Pony rides at Crescent Gardens, Summer Parties with DJs and a disco for the teens and pre-teens and Operas in the Blenheim and Elgin Gardens. All protected from the outside world, your children can run safely, especially with all the stories of attempted abductions in public parks, a private square is the dream of most mothers. (Especially those with a thing for Robbie Williams who used to jog around his communal garden in Little Venice before he moved onto Michael Winner’s Holland Park McMansion). There are swing sets, wooden houses, climbing walls, slides, treehouses, climbing nets and sandboxes almost as nice as Princess Diana’s Playground, but without the 1 hour wait to get in on a sunny day. 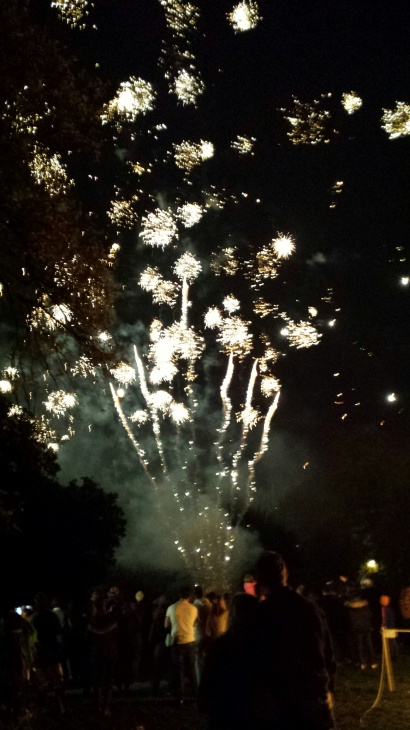 But behind this picture of paradise also lies the politics and dramas of Garden Residents and Garden Committees. There are coups to overthrow Garden Presidents, neighbouring wars over construction sites, wars between the dog-owners and non-dog owners, and between the families and the childless. And everyone knows your damn business, from who is having affairs with whom, what you’re doing or wearing at any time, who is on holiday at their Tuscan Villa, it is like a fishbowl into your life. Rachel Johnson, sister to Boris Johnson and columnist writer, famously wrote the book ‘Notting Hell’ based on a communal garden in Notting Hill, which is likely Rosmead Gardens (also the garden from the film Notting Hill), where Rachel Johnson lived. In it, she describes in detail the infighting, the competition, the affairs and the neighbourly tensions. To live on a garden means to be a part of a privileged and cosseted community, but be prepared for the gossip, keep a close eye on your husband and your dog, and beware of the Garden Police. http://www.amazon.co.uk/Notting-Hell-Rachel-Johnson-ebook/dp/B002RI9KJ0/ref=sr_1_1?ie=UTF8&qid=1415187169&sr=8-1&keywords=notting+hell 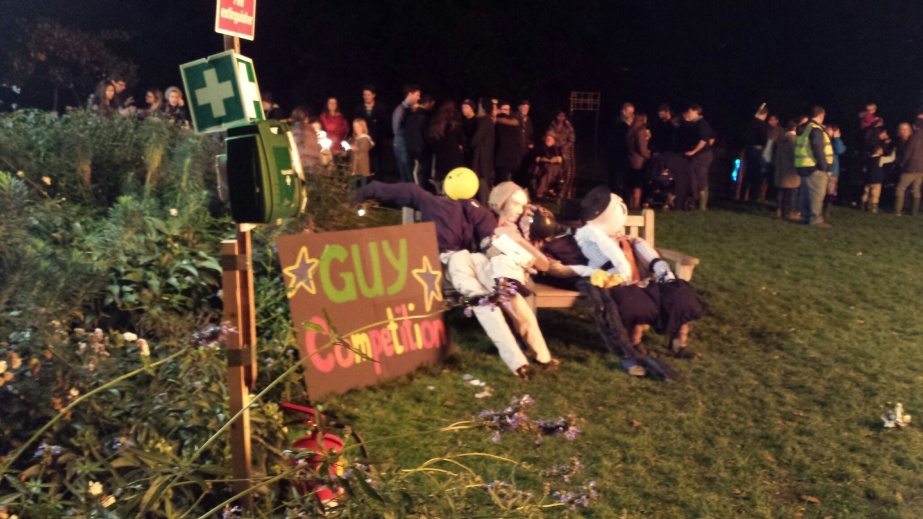 Beware of the Garden Rules

The Rules to some private gardens in London can be very strict, Pol Pot strict, with the bye-laws enforced in the upmost rigidity by the Garden Police. In my anti-social garden, only members are allowed, possibly one or two children may be acceptable, but guests, nannies, and friends are strictly forbidden. One must apply to the committee if one should want to invite a guest (what’s the point of a garden if you can’t share it?). I once attempted to circumvent the rules and lent my key to a friend while I was away on holiday, and she subsequently organised a playdate with another friend on a glorious sunny summer’s day. Within 10 minutes, the Garden Patrol was on her: ‘Don’t you know friends are not allowed in the garden’ a rickety old lady reprimanded my friend who pretended to be me. My blissful holiday was then interrupted when I received a threatening email reminding me that friends are not allowed in the garden, ‘only members are allowed’ they repeated to me in various formats (verbal/email/Bye-laws/post scripts). This is how I learnt my lesson and won’t be lending my key anymore, so don’t bother asking me. I was officially terrorised by the Garden Police.

These Bye – laws (collected from various gardens) are to be taken very seriously please:

1. No person shall destroy, by any means whatever any domestic animal or birds in the Gardens.’

2. Games should be primarily for children, but adults are permitted to join

3. No person suffering from any infectious disease shall use the grounds (although this garden does allow ‘servants’ in it as mentioned in the Bye-Laws)

4. No fire arms nor small cannons shall be fired

5. No catapults, bows and arrows, slings, firearms, arrows, saws or sheathed knives will be allowed into the Gardens.

6. No person shall cut, break or otherwise injure the trees and flowers.

7. Any person who wilfully obstructs any member of the Committee or its servants, in the lawful conduct of its duties shall be committing an offence.

8. No person shall shout or sing noisily in the Pleasure Grounds

9. Ball games are prohibited save in the following circumstances: a) between parents and/or supervising adults and children under the age of 11 b) not involving more than four persons in total c) a soft ball of less than 15 cm in diameter or a plastic beach ball d) But not in the Central Garden

10. Any person committing a breach of these Bye Laws is liable to prosecution 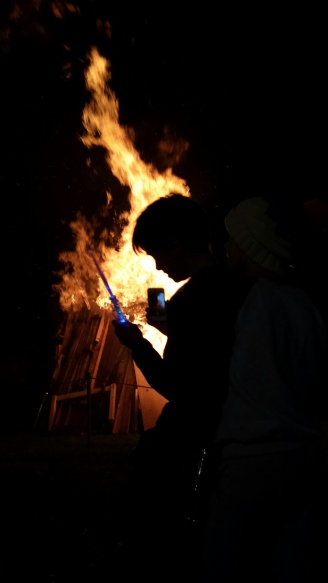